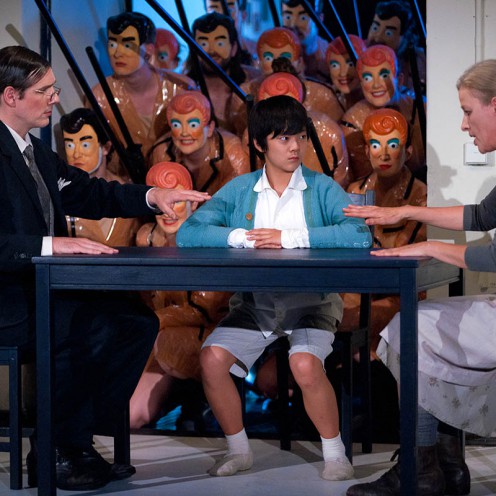 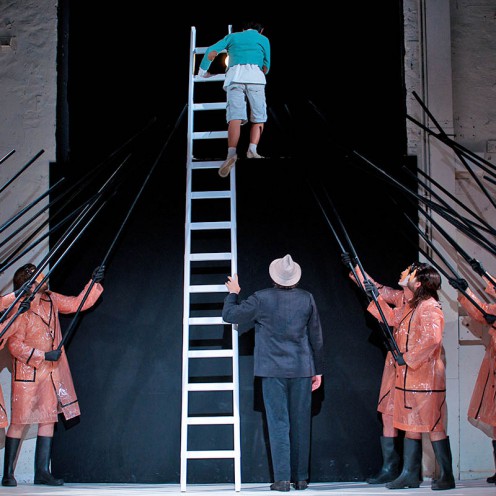 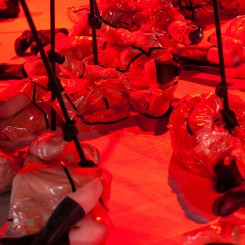 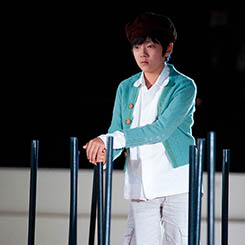 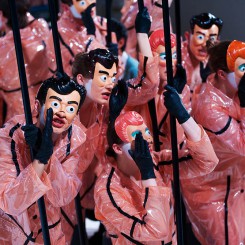 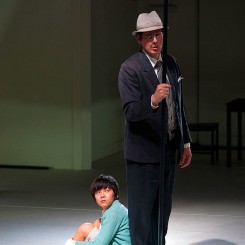 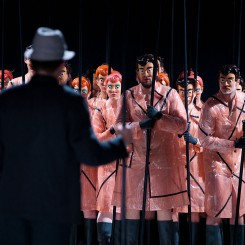 “This production of Der Jasager / Der Neinsager, equipped and directed by Aniara Amos, is a great success.”
Frankfurter Rundschau

“Although – or perhaps because – lots of historical connections are ready to be drawn, the directress Aniara Amos has wisely chosen a timeless minimal aesthetics and has updated the theme of community and individual for all times and locations… Through abstract, reduced character direction, Amos allows the essence of the play to take its effect. Her trust is rewarded.”
Tagesspiegel

“The things one can do with older material. Simplicity, so hard to achieve, had its moment at the Junge Staatsoper. Elan, clarity, wit came through. In a most pleasurable, intelligent manner, to be heard and seen. The house was filled to the brim… The audience was allowed to experience very clear and perspicuous directorial work (Aniara Amos). How rare this is. No unemotional stage setting, as was suggested at times guild of adapters of teaching plays among the Brechtians. From their conception, the two operas, with their expressive content, their gestures, aim towards the drama, the Passion-play—brought to climax in Brecht and Eisler’s Die Maßnahme, which, in its basic conflict structure, connects with the Jasager. Because it’s about killing in a lethal situation, endangering all concerned, and about to sacrificing oneself for the “higher cause”, to be prepared to kill oneself, to respond with “Yes”. In the Jasager, it is the great tradition that justifies such action. The Neinsager is the inevitable consequence of the Jasager. In this respect, the pieces belong together like siblings. Much applause at the end.”
Neues Deutschland